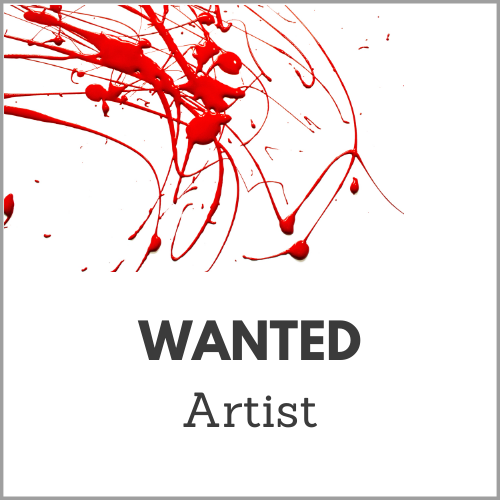 Canadian Grand Master, self-taught, René Richard was born in La Chaux-de-Fonds, Switzerland in 1895 (death in 1982). He came to settle down in Alberta in 1909, he chose to live with the Cree Indians and the Inuits of Canada’s North and it is in the solitude of the great outdoors that he becomes an artist. In 1927, he decided to study painting in Paris, where he met the Canadian painter Clarence Gagnon. Returned to the country in 1930, he resumed his trapper’s life in Manitoba and it was finally in Baie St-Paul, in 1942, that he found his home base and wife Blanche Cimon. He exhibits regularly in Quebec City and Montreal but returns in 1952 on an expedition to the North. He spends the next thirty years of his life in Baie St-Paul.

Until the end of his life he painted it bright and colorful landscapes, always related to the Canadian landscape. Whatever the anonymity of trees and those who travel the long tracks of the North, what the painter expresses eloquently is the very soul of the Canadian vastness: silence and solitude. It is there that he reveals visions on the edge of abstraction, to meet the universal.

A bright and colorful art

[…] His personal and solitary approach has no need for comparison or justification. It is unique and does not fit into the wake nor the avant-garde nor romantic nostalgia. René Richard developed his own pictorial language, his painting asserts itself in a personal aestheticism whose primary source is nature..And even if the artist had completely eliminated the identifiable elements of his paintings, the spirit that emanates from the pictorial matter would not have been affected so much its expression is intense .. It is revealed in the slightest touch, the slightest line, because everything transpires this wilderness, austere and beautiful .. The invoice is not neat, it is true, intuitive, as wild about it, pure and by no means accommodating. The landscape is brushed spontaneously, like a lover’s momentum. The color does not seek to seduce but to translate. The landscape is registered with the support by wide strokes that only the passion can induce. Every gesture of the painter carries with it the essence of the place ” Robert Bernier.

He went alongside with artists like Gagnon, Fortin, Lemieux, Rousseau and its influence on Quebec painting is considerable. In 1973, he received the Order of Canada and in 1980 he became a member of the Royal Academy of Arts of Canada. Retrospectives are dedicated to him in 1967 at the Musée du Québec and in 1978 by the Musée national des beaux-arts du Québec. In 1982 one of his paintings is reproduced on a postage stamp for Canada Day

[…] René Richard arrived in Canada with his family in 1909. A year later, he left Edmonton for Cold Lake, in northern Alberta. At eighteen, he became a coureur de bois and a trapper; he lived the great adventure in a wild and hostile nature which he learned to know, to tame, and whose deep imprint will mark his work to come. For more than thirteen years, his life was entirely devoted to the rigorous learning of life in the forest. In 1926 he returned to the south of the country to settle in Edmonton, where he was introduced to drawing and painting. The following year, he left for Europe where he met painter Clarence Gagnon, who was at the height of fame in Canada. This meeting will be decisive for the artist in the making, René Richard. Gagnon will play a considerable role in his artistic learning. Richard returned to Cold Lake in 1930, where he resumed his life as a coureur de bois. But between his many expeditions, he corresponded with Clarence Gagnon who would eventually convince him to come and settle in the South and devote all his energies to painting. He made this choice in 1938, when he joined Clarence Gagnon in Quebec. In 1942, he settled permanently in Baie Saint-Paul and, at the end of the 1940s, undertook his first stay in the Far North, which was to be followed by several others. The result is a series of paintings of the greatest interest, painted from 1950. This will be his greatest period.

One might think that this series goes against the grain of the great artistic movements that took place in Quebec at the time. However, his personal and solitary approach needs no comparison or justification. It is unique and fits neither the avant-garde nor romantic nostalgia. René Richard develops his own pictorial language, his painting asserts itself in a personal aestheticism whose primary source is nature. Most of the paintings in this series are painted from memory and the results are fascinating! The gesture is lively, guided by a knowledge of the subject that only experience can convey. René Richard avoids falling into the trap of anecdotal description by keeping a certain distance from his subject. And even if the artist had completely eliminated the identifiable elements from his paintings, the spirit that emerges from the pictorial material would not have been affected because of its vivid expression. It is revealed in the slightest touch, the slightest line, because everything transpires this wild, austere and magnificent nature.

The works in this series put us in the presence of a lifetime, they are the testimony of an individual in harmony with his entire environment. The workmanship is nothing neat, it is true, intuitive, wild like its subject, pure and not at all complacent. The landscape is brushed with spontaneity, like an outburst of love. The color does not seek to seduce but to translate. The landscape is inscribed on the medium with broad strokes that only passion can induce. Each gesture of the painter carries within him the essence of the place.